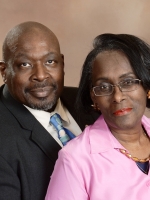 Deacon Coleman is a Southside native and graduate of Simeon High School.  He served in the U.S. Army and Army National Guard for ten years.  In addition to serving as a deacon, he is a Sir Knight with the knights of Columbus and a Third Order Franciscan.   He completed the Diaconate Formation Program at the University of Saint Mary of the Lake.   Prior to coming to St. James, he has ministered in Port Ministries, St. Basil Church, and Emmaus Ministries.

To attend Mass via Zoom, click on the desired Mass listed below.

Zoom Links for Events and Ministries

Come and See Information and Registration

Stories with Our Shepherd (5/1)