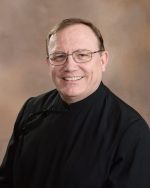 Fr. John Edmunds, S.T., became the pastor on March 1, 2016. A Baltimore native, Fr. John made his first vows as a Missionary Servant of the Most Holy Trinity in 1970 and was ordained to the priesthood on May 15, 1976. He has worked in California, Chicago, Louisiana, Alabama, Maryland, New Jersey and Virginia. His ministries have included parish work, youth work, community development, vocation work, campus ministry, formation work, and in leadership of his religious community. Most of his ministries over the years have been among the African-American community. Before his time in leadership for his religious congregation, he spent seventeen years as pastor of an inner city parish in Jersey City, New Jersey.